The highest, the purest: The Italian mountain, through trademarks

The story of the mountain: between innovation and publicity

Mountains during the First World War

Men, science, and nature on the Dolomitic front

The dream of nature

The heritage of the Sibillini Mountains beyond the earthquake

And what were thou [Mont Blanc], and the earth, and stars, and sea, If to the human mind's imaginings Silence and solitude were vacancy? (P. B. Shelley)

Silence and solitude are, of themselves, essential elements of the image of the mountain, as promoted through trademarks. What are they? A product's label and its trademark distinguish the product, and the two do not always coincide. The trademark makes the brand image of a company unmistakable; it identifies a product, but it is also a monopoly, one that gives a person or legal entity the exclusive right to use that manner of imaging.

A trademark signals the level of innovation of a country; it tells the story of the registering of an idea, of technical and scientific progress, of the evolution of taste, of graphics and vocabulary. From the 19th century on, the image of the mountain was highly present in Italian brands, associated with products such as liquor, leather, food products, pharmaceuticals, utensils, but also to healthful sports, like skiing. 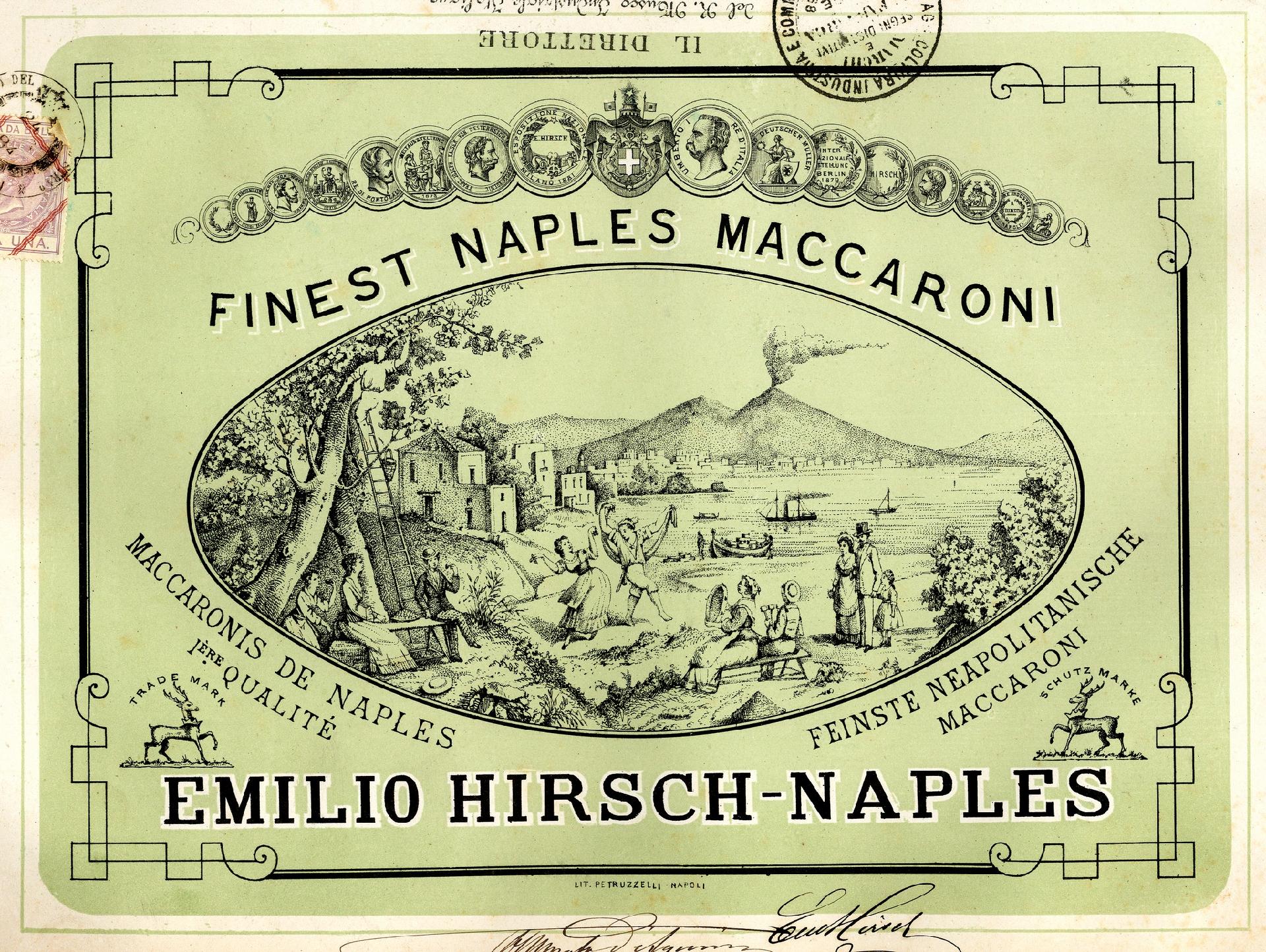 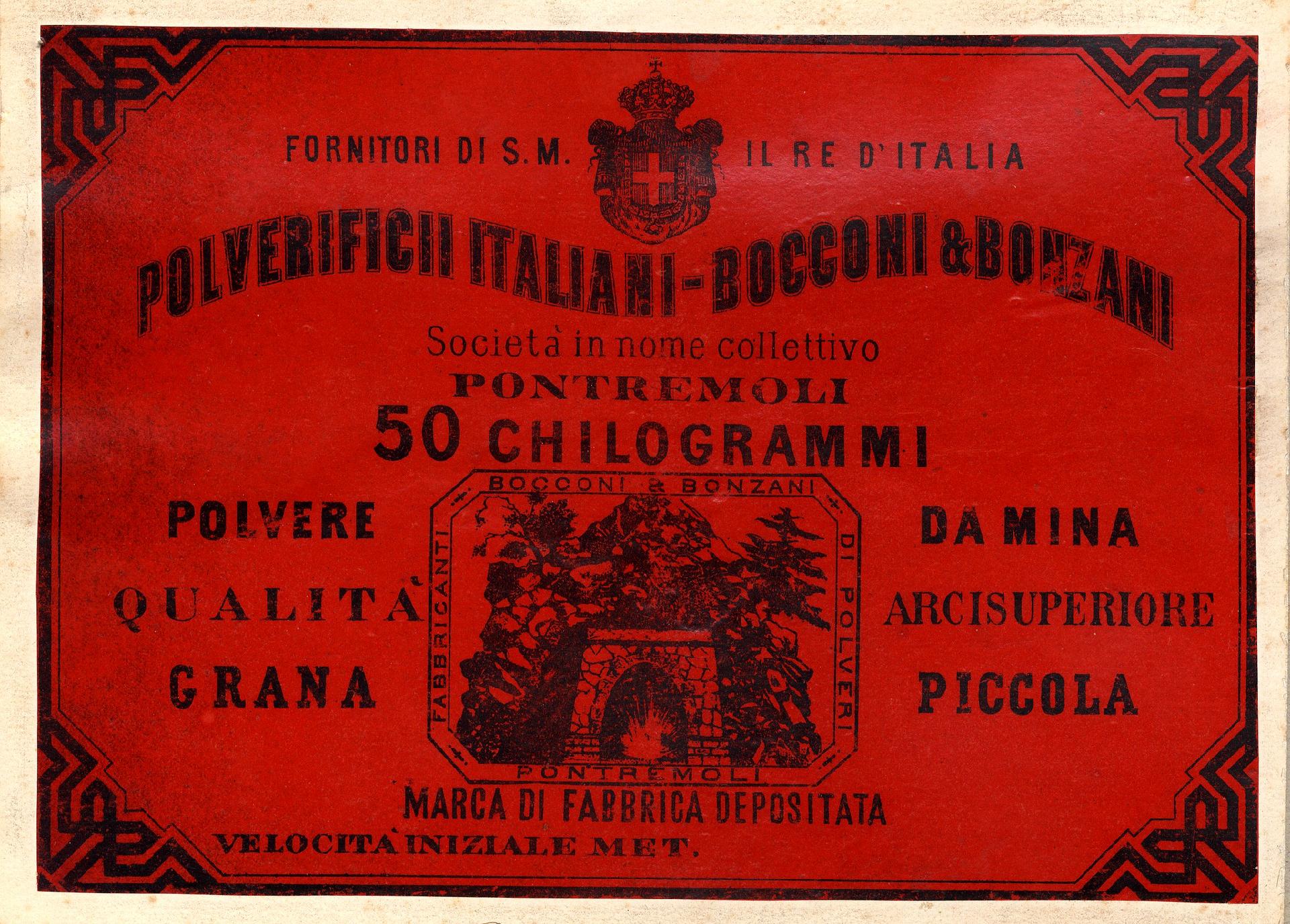 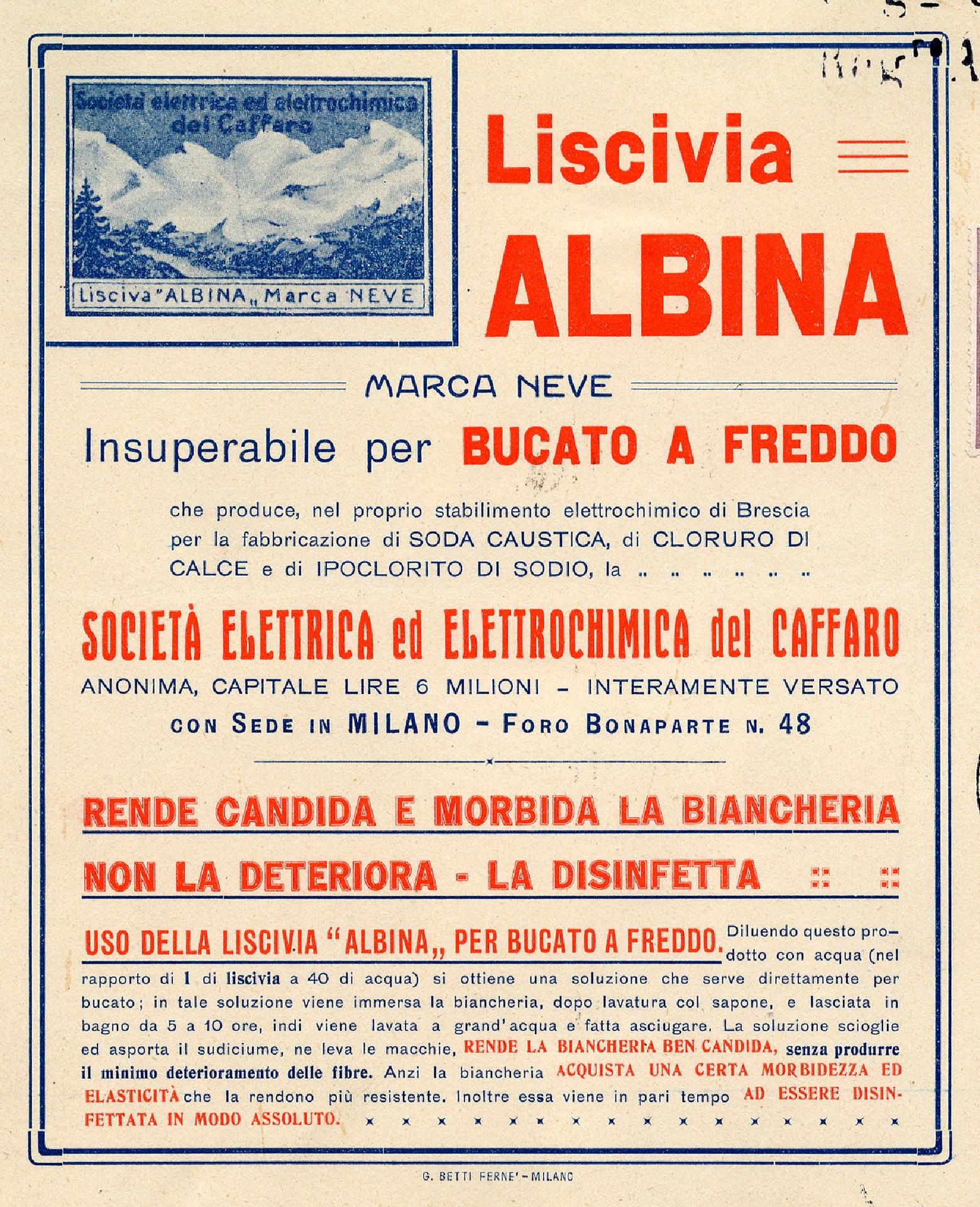 From being a space connected with any one specific community, the mountain evolved to became a place for everyone, and its image conveyed scientific, geographical, and historical knowledge that otherwise would have remained for a select few, in a country that, between the 19th and 20th centuries, had a very high percentage of illiteracy: where malnutrition was high and mortality rampant, naturally affecting numerous families and children to a greater degree. A country that, even while witnessing the development of railway and navigation infrastructures, was just beginning to discover the importance of hygiene.

Products that, through their brands, brought the first images of factories to people's homes had a "sanitizing power." The bitter digestive drink of mountain herbs with miraculous effects was hygienic: it could cure everything, from tuberculosis, to catarrhs, to nervous disorders; hygienic also were the soaps to be used for washing the body, the hair and, if necessary, even animals. With new products came images of customs, habits, and even of the peninsula itself, into Italian homes. Volt brand bath water presented the statue of Alessandro Volta in the foreground. Elixir Chanousia showed the image of the Chanousia alpine botanical garden, on the hill of Piccolo San Bernardo. Vallombrosa digestive tonic recalled the birth of the first Italian summer resort in 1892, the Hotel Vallombrosa, and the railway. In similar manner, a brand would celebrate the opening of the Simplon Tunnel in 1905, or the construction of the Borgallo Tunnel between Pontremoli and Borgotaro.

The digestive drink Amaro Magna Sila, "restorative for the organism," photographed the Calabrian Apennines, just as Ballor Vermouth led to the peak of Mont Blanc, and the Naples illustrated by Émile Hirsch for packages of macaroni recalled that narrated by Dumas or Goethe: instinctive, cheerful, devoid of rules, and watched on by tourists who were impassive, yet probably tormented by the desire to live, as do Neapolitans, "for the day." A Naples where slow boats sailed on the sea even while progress had already taken hold with the steam ship.

From an in-depth investigation into brands was born the exhibition Marchi di fabbrica, libri e carte geografiche tra il 1869 e il 1930 (Trademarks, books, and geographical maps between 1869 and 1930), curated by Francesco Cardarelli, Miriana Di Angelo Antonio, and Margherita Martelli, an exhibition that has visited many Italian cities beginning from 2006. It was promoted by the IMONT Istituto Nazionale della Montagna, the Archivio centrale dello Stato (ACS), and the Società Geografica Italiana (SGI). The ACS has made available its documentation, creating a searchable database: about 171,000 files on trademarks from the Italian office of patents and trademarks at the Ministero dell'Industria, del Commercio e dell'Artigianato, today called the Ministero dello Sviluppo Economico. The SGI has also made available papers, drawings, and books that are part of its bibliographic and documentary heritage.

The story of the mountain: between innovation and publicity

Mountains during the First World War

Men, science, and nature on the Dolomitic front

The dream of nature

The heritage of the Sibillini Mountains beyond the earthquake