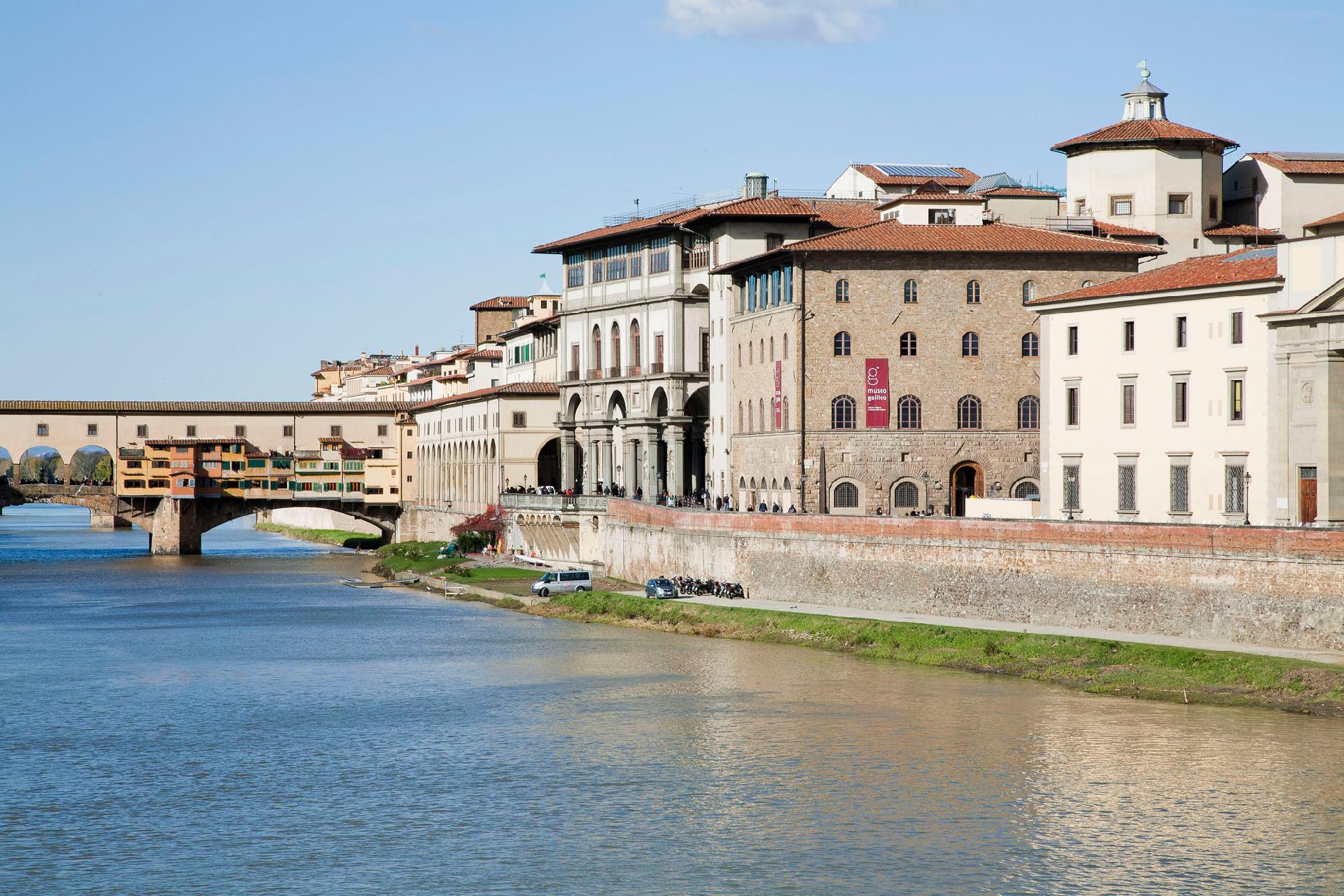 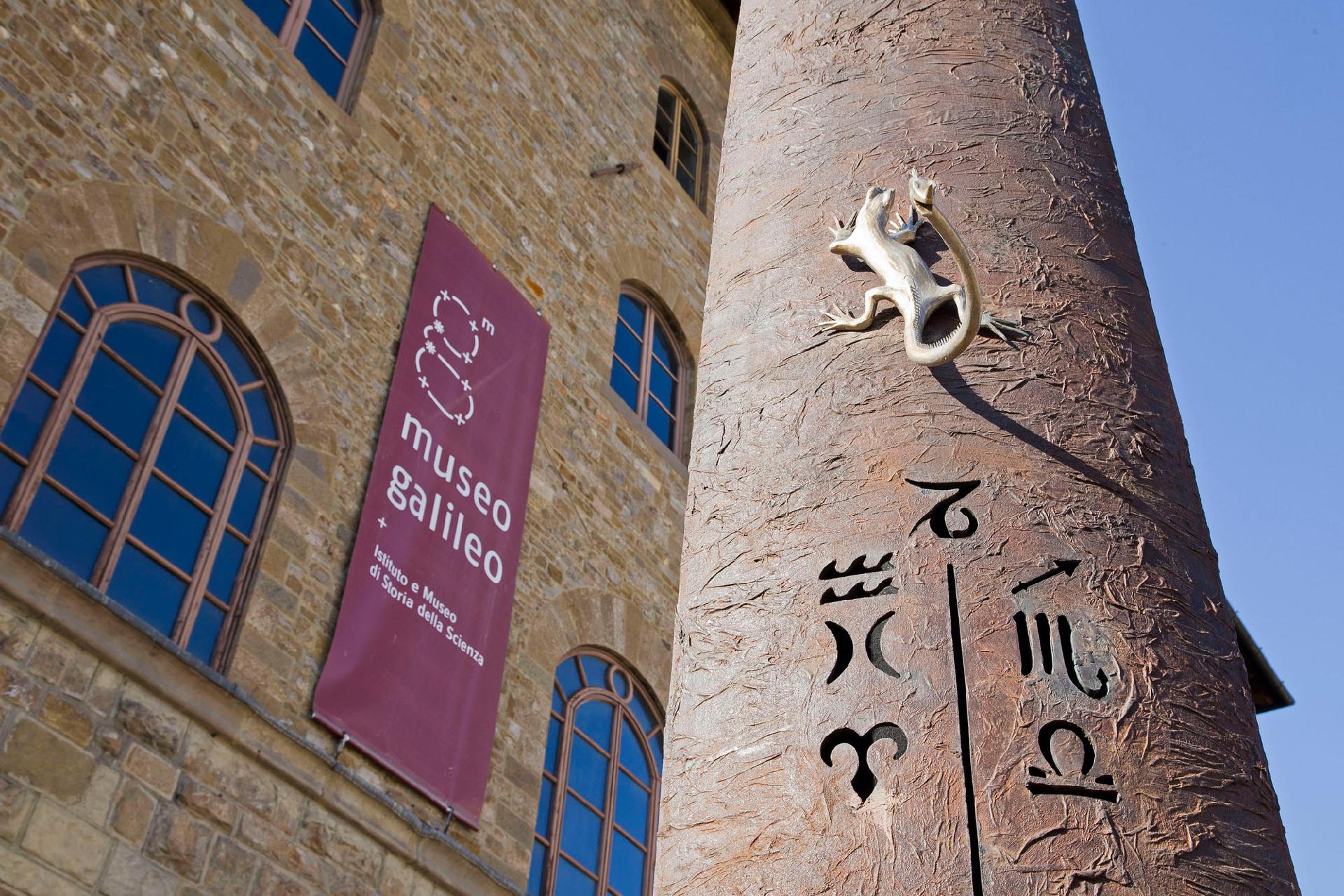 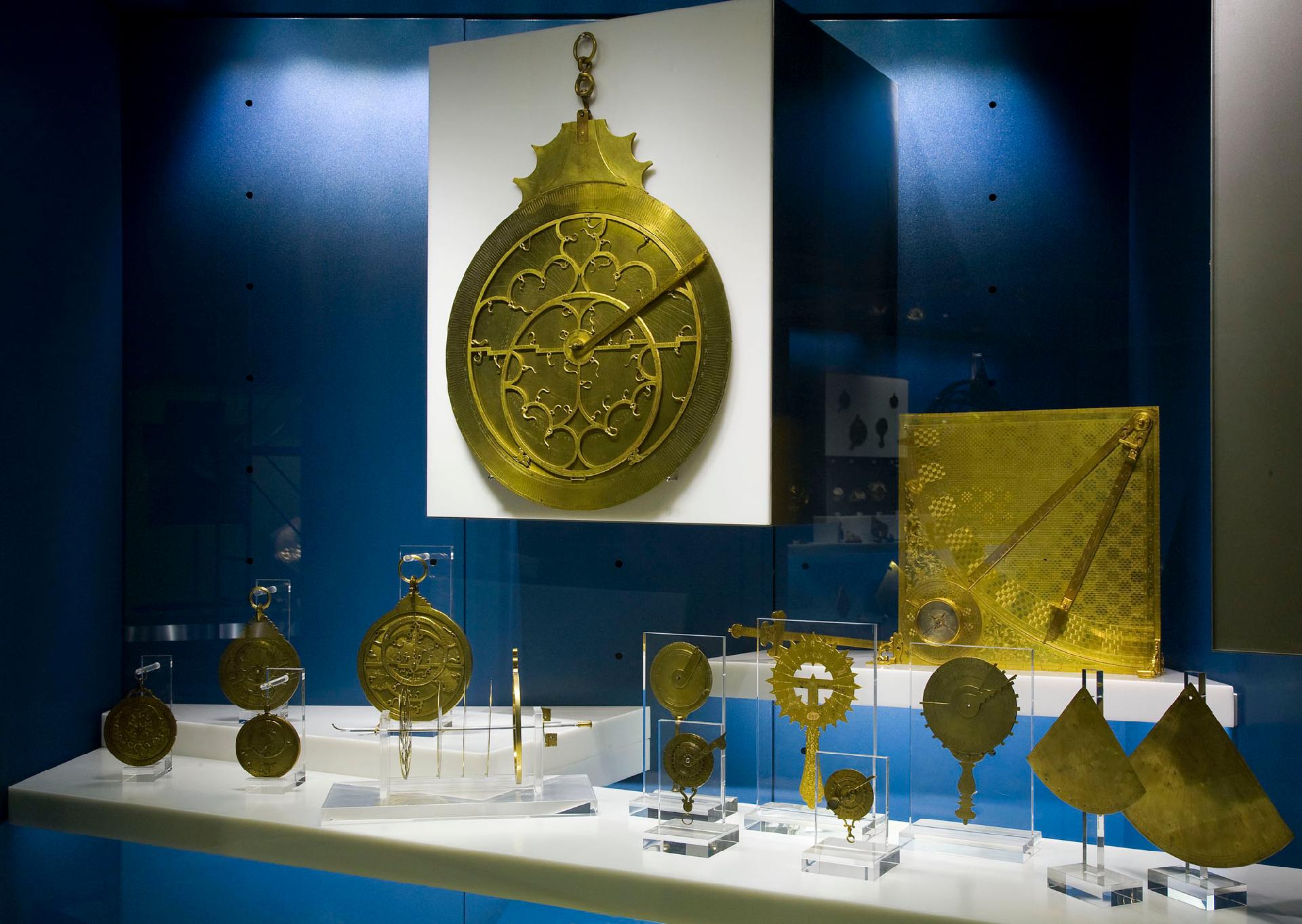 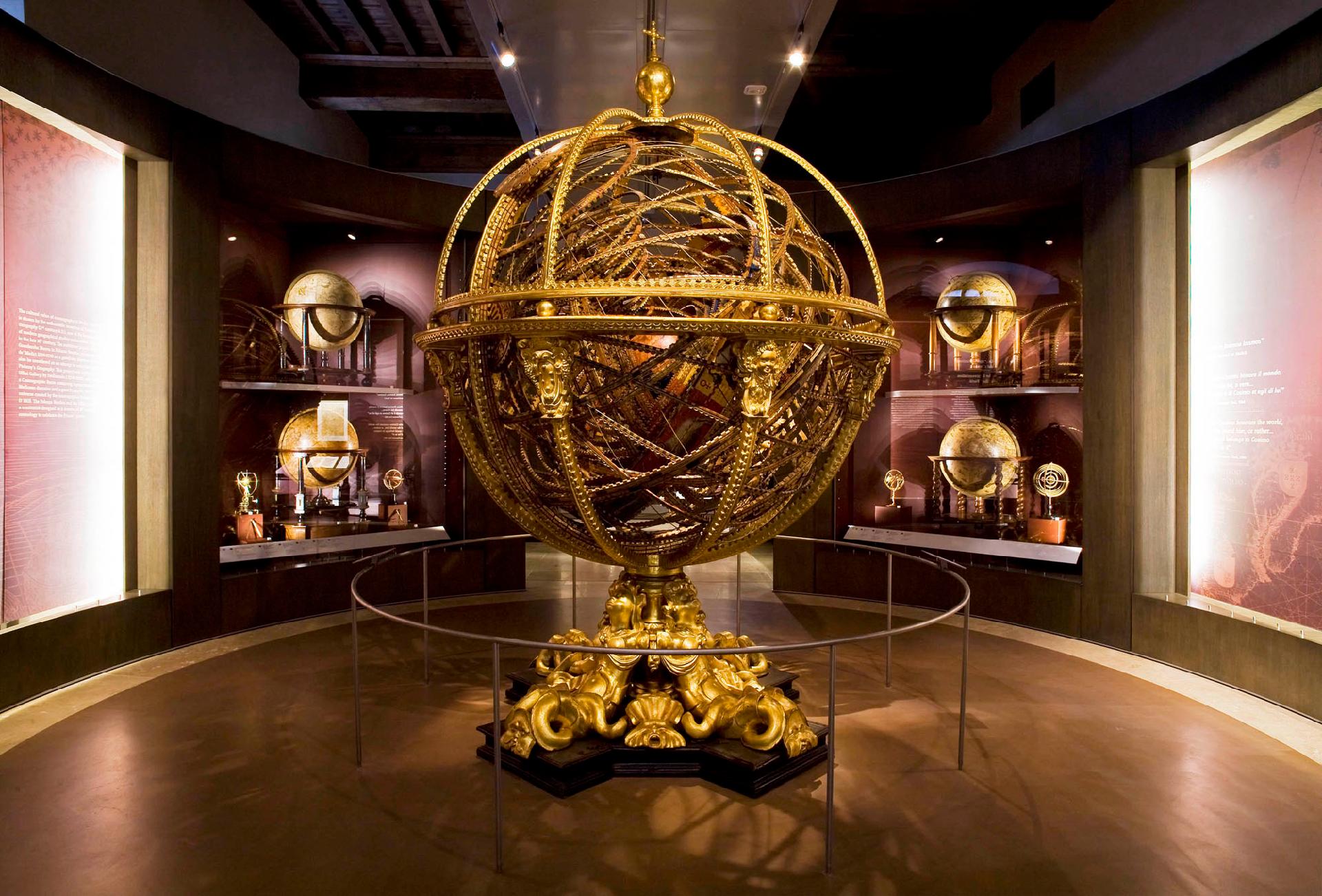 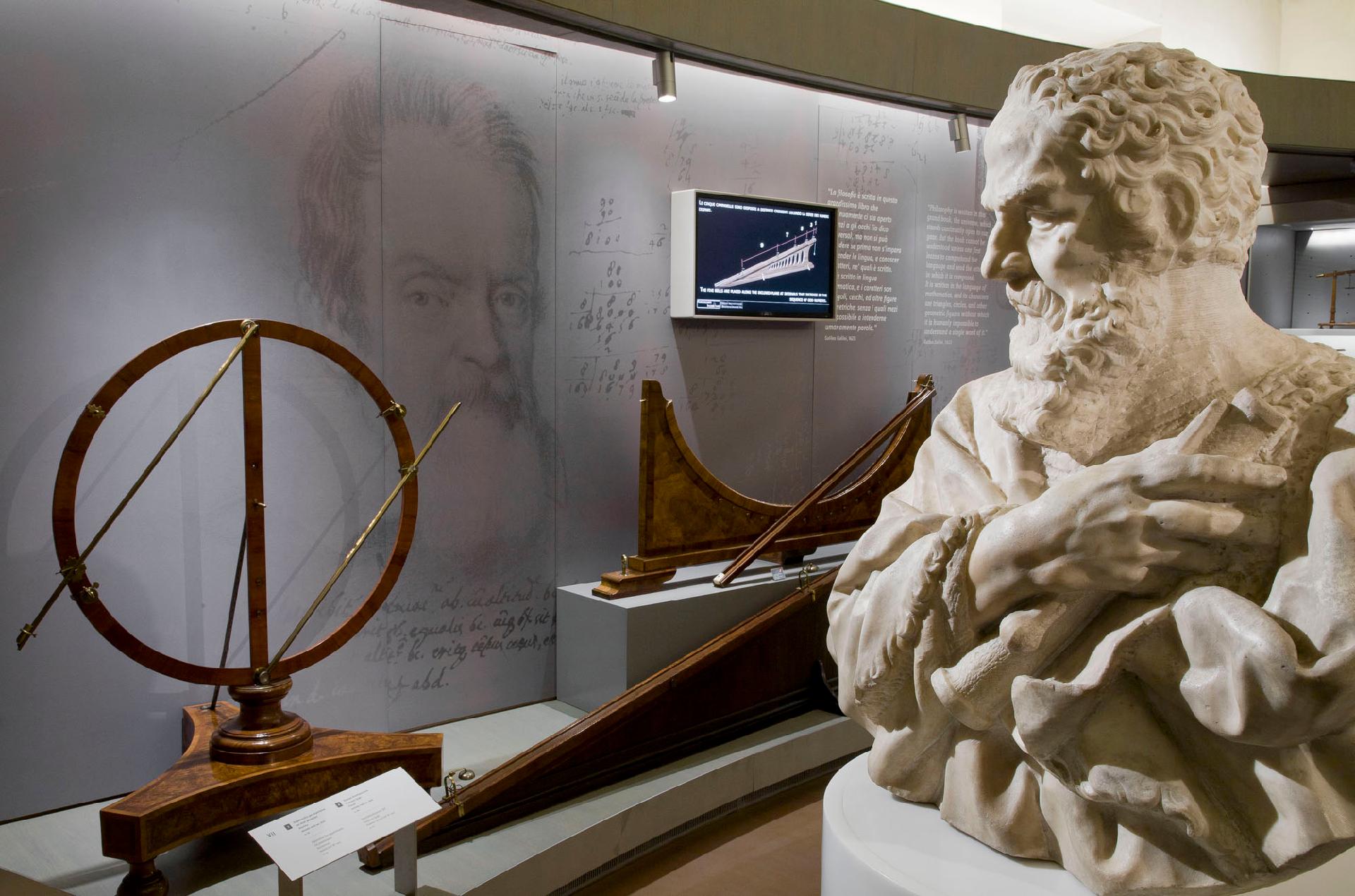 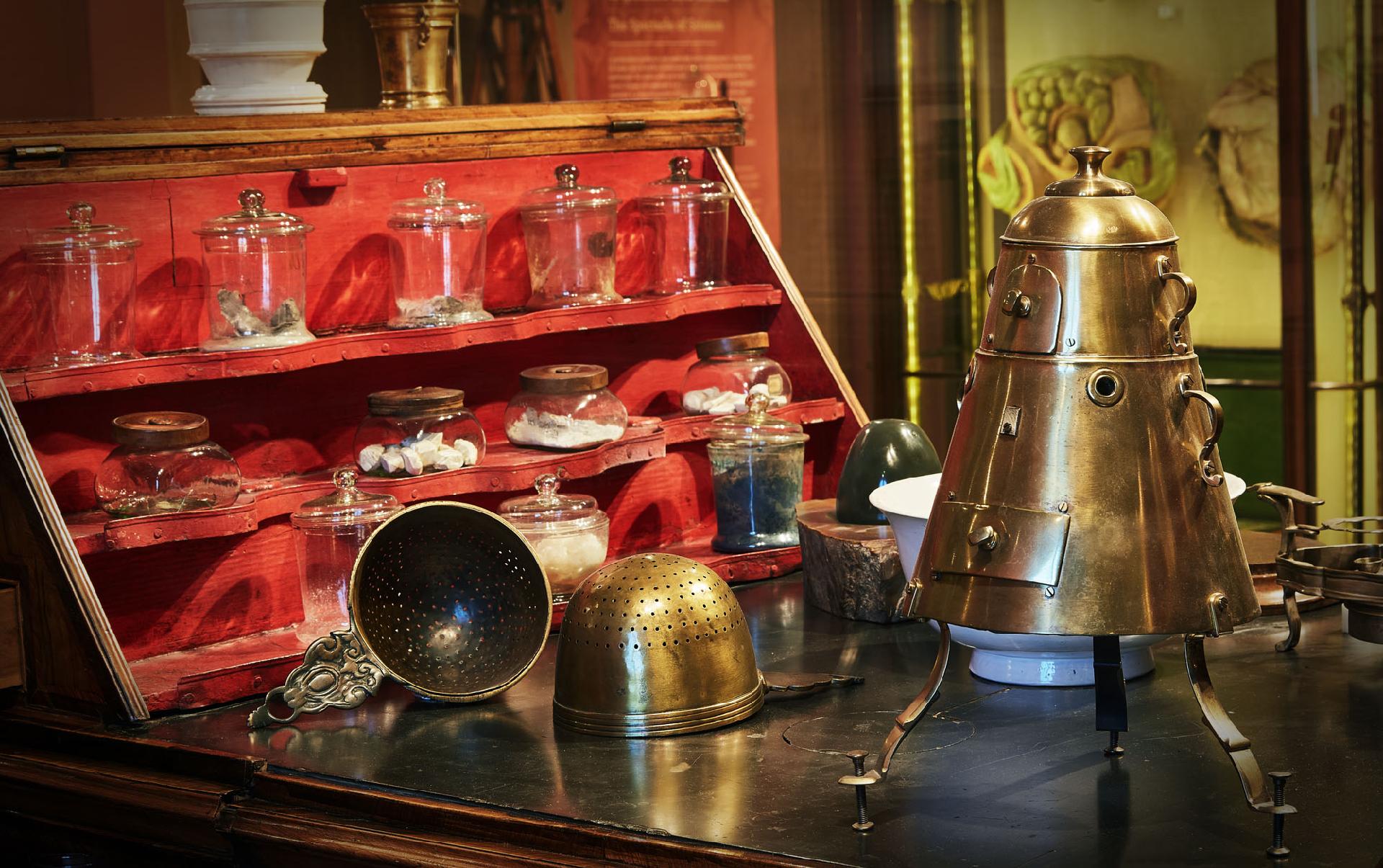 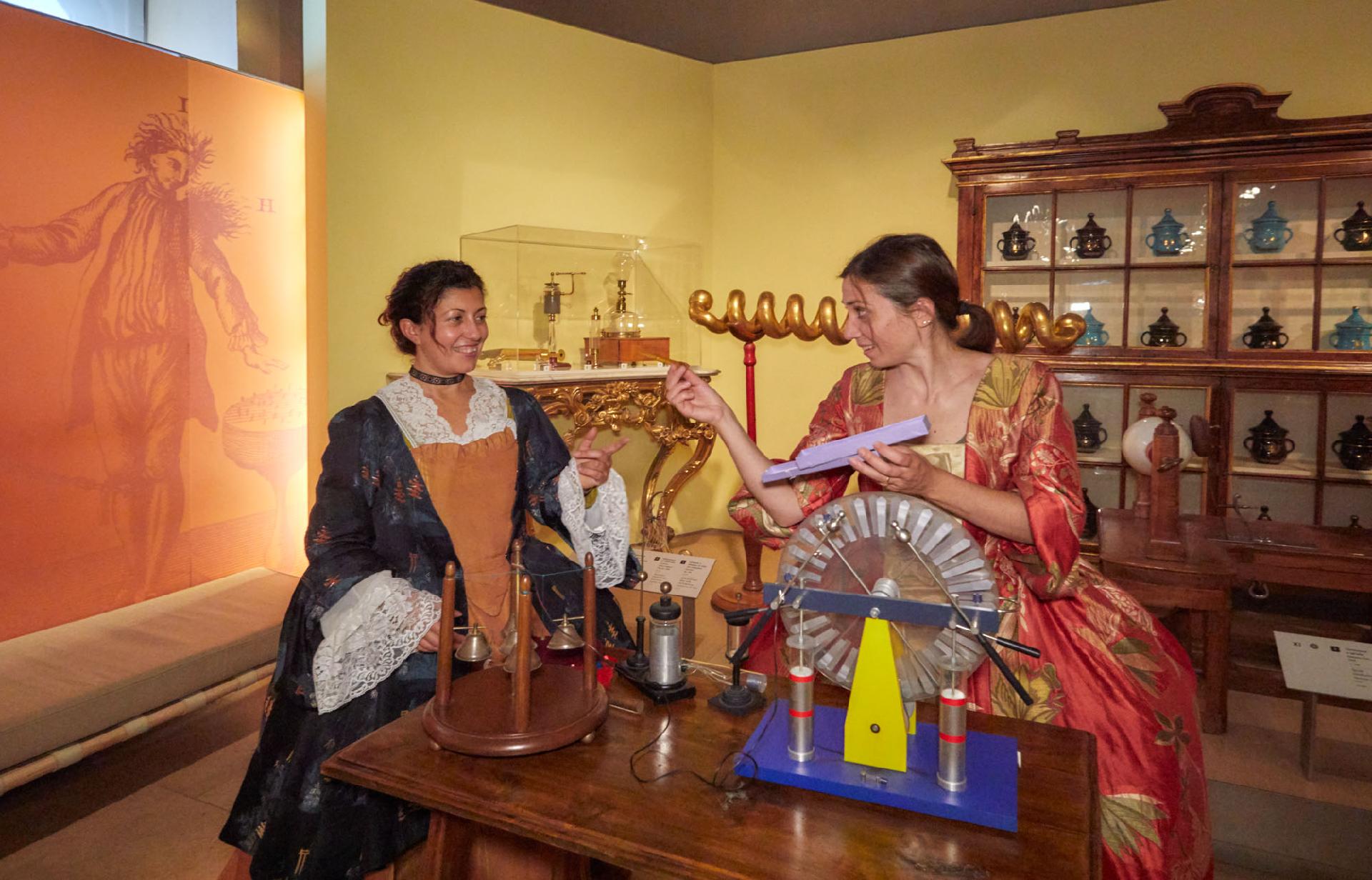 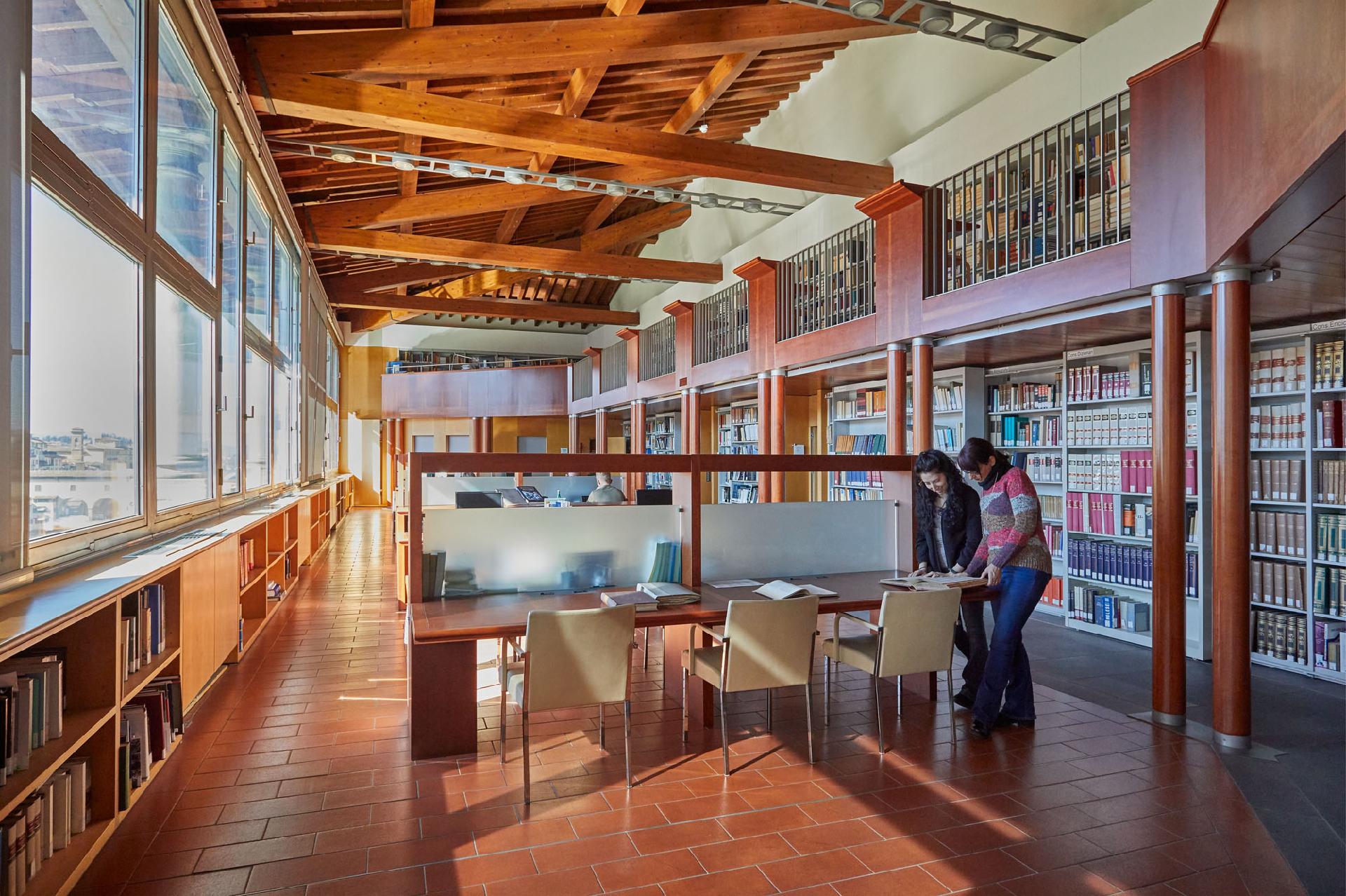 The Medicean collection of scientific instruments that is currently preserved in the Museo Galileo was begun by Cosimo I de' Medici, who in 1562 housed it in the Wardrobe of Palazzo Vecchio, known today as the Sala delle Carte Geografiche (Map Room). In 1600 Ferdinando I transferred the collection to the so-called Stanzino delle Matematiche (Mathematics Room) in the Uffizi Gallery. After the foundation of the Accademia del Cimento in 1657, inaugurated by Ferdinando II and Leopoldo de' Medici, the collection was enriched with new instruments for thermometric, barometric and pneumatic research. The whole collection was then placed in the Pitti Palace, where the Academy was housed.

In 1775 the instruments were moved to the Regio Museo di Fisica e Storia Naturale, founded by Grand Duke Peter Leopold of Lorraine in Palazzo Torrigiani, where La Specola Museum is located today. The collection was upgraded with new apparatus of mathematics, physics, meteorology, and electricity, many of which were made in the Museum workshops. After their decline during the French occupation (1799-1814), the museum and its workshops were reorganized upon the return to power of the Lorraine Family. In 1841, on the initiative of Grand Duke Leopold II, the Tribune of Galileo was built in the Museo di Fisica to house the great scientist's instruments, together with Renaissance instruments and those of the Accademia del Cimento.

After the Unification of Italy (1861), the instruments were dispersed among several university departments. The state of abandonment of the collection was condemned in 1922 by the "Group for the preservation of national scientific heritage." In 1927, thanks to their commitment, the Istituto di Storia delle Scienze was founded, with the goal of "collecting, cataloguing, and restoring" the scientific collections. In 1929, the newborn institute organized the First National Exhibition of the History of Science in Florence, that threw light upon the vast dimension of scientific heritage. Following the show, in 1930, the University of Florence opened to the public in Palazzo Castellani the permanent exhibition of the Istituto di Storia della Scienza, to which the Medici-Lorraine collection of instruments had been conferred.

After the damage caused by the Second World War, another hard blow was dealt to the collection by the 1966 flood. The instruments were seriously damaged but-thanks to international solidarity and to the efforts of Maria Luisa Righini Bonelli, then director of the museum-it was possible to quickly carry out recovery of the items, reopen the exhibition halls to the public and return energies towards library and research activities.

In recent decades the Istituto e Museo di Storia della Scienza has experienced a strong expansion with the growth of the museum activities, the organization of temporary exhibitions, the impressive increase in library collections, the commitment to promoting research, the publication of journals and volumes, as well as with the massive investment in information and communication technology at the service of historical-scientific research.

The name Museo Galileo was adopted in 2010 after complete renovation of the permanent exhibition areas. The subtitle Istituto e Museo di Storia della Scienza provides a link to its history and shows that the institution keeps considering the activities of documentation and research the focus of highest attention.

The museum collections currently gather over 5000 scientific instruments and apparatus dated from the 11th to the 19th centuries-about 1000 of which are on display. The first floor features the Medici collection, which includes quadrants, astrolabes, sundials, nocturnals, compasses, armillary spheres, and magnetic compasses-true works of art created by major Tuscan and European instrument makers. The Lorraine collection is on display on the second floor. It includes apparatus that illustrate the fundamental laws of mechanics, electrostatics and pneumatics.
Besides the exhibition halls, the Palazzo Castellani is also home to the library, offices, temporary exhibition area, educational workshops, and the bookshop.
On the ground floor, in the interactive area devoted to "Galileo and the Measurement of Time," hands-on exhibits and touch screens help visitors to explore Galileo's instruments and ancient time-keeping devices and understand how they worked.
A large sundial has been standing in the area outside the Museo Galileo since 2007.

Starting from 2016, the Museo Galileo app-available in Italian and English-is downloadable for free. The app is an essential aid while visiting the museum as well as a useful tool to prepare the tour in advance or study selected subjects in depth.