"The rapprochement between the public and the men of science, due to the state of mind that in one and in the others engenders the dominant scientific feeling in today's world; and the great crisis that shakes many branches of knowledge today. To each and every one of them correspond new needs of the human society, needs which every civilized country must satisfy if it does not want to stop or languish its intellectual life and to dry up the sources of its prosperity "so Vito Volterra, the the character that most influenced the scientific and cultural politics of Italy between the two world wars. Mister Italian Science as defined by the Americans who collaborated with him for a long time. But who was the man who aroused so much enthusiasm abroad and so many ire in the fascist regime? What is your scientific policy? 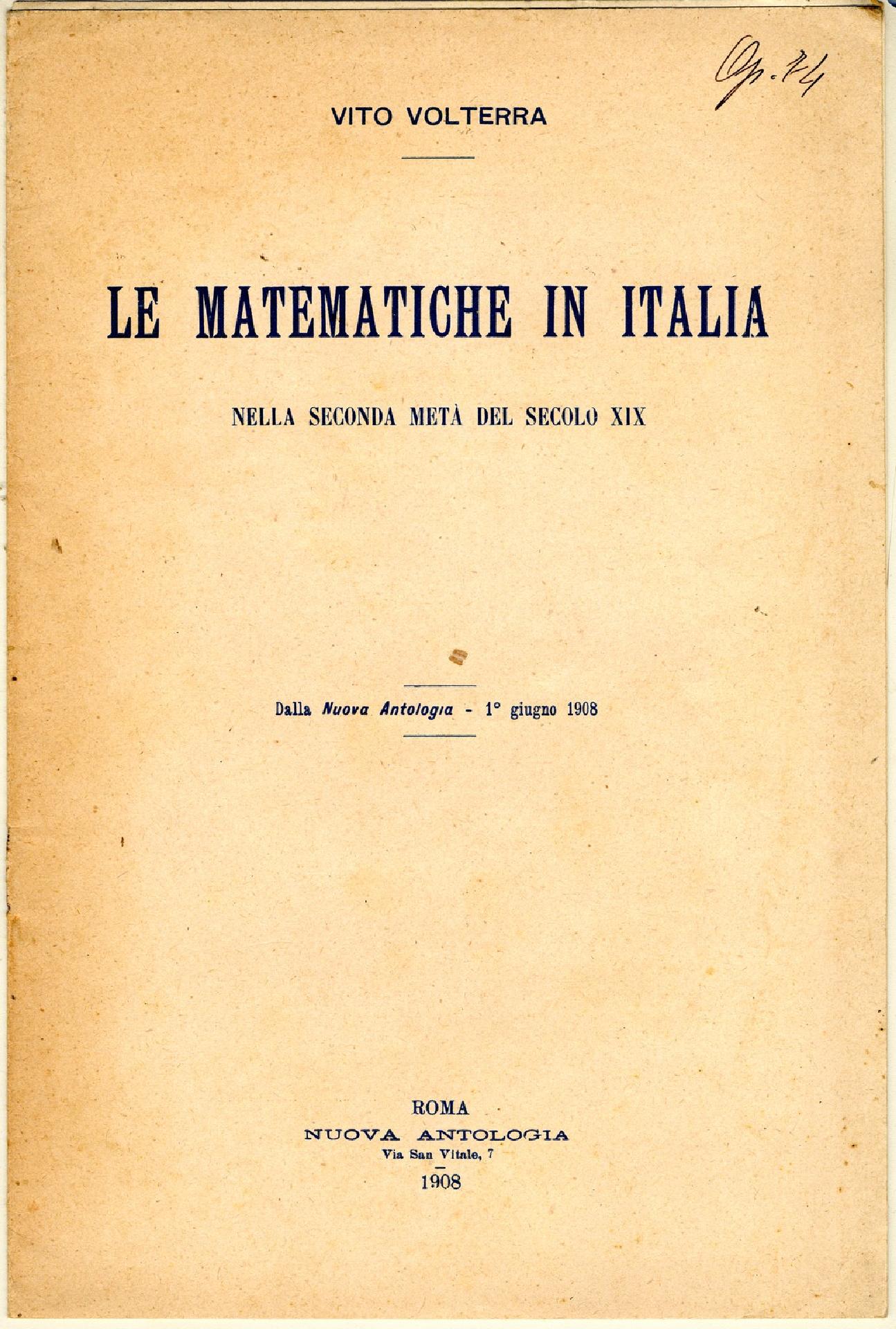 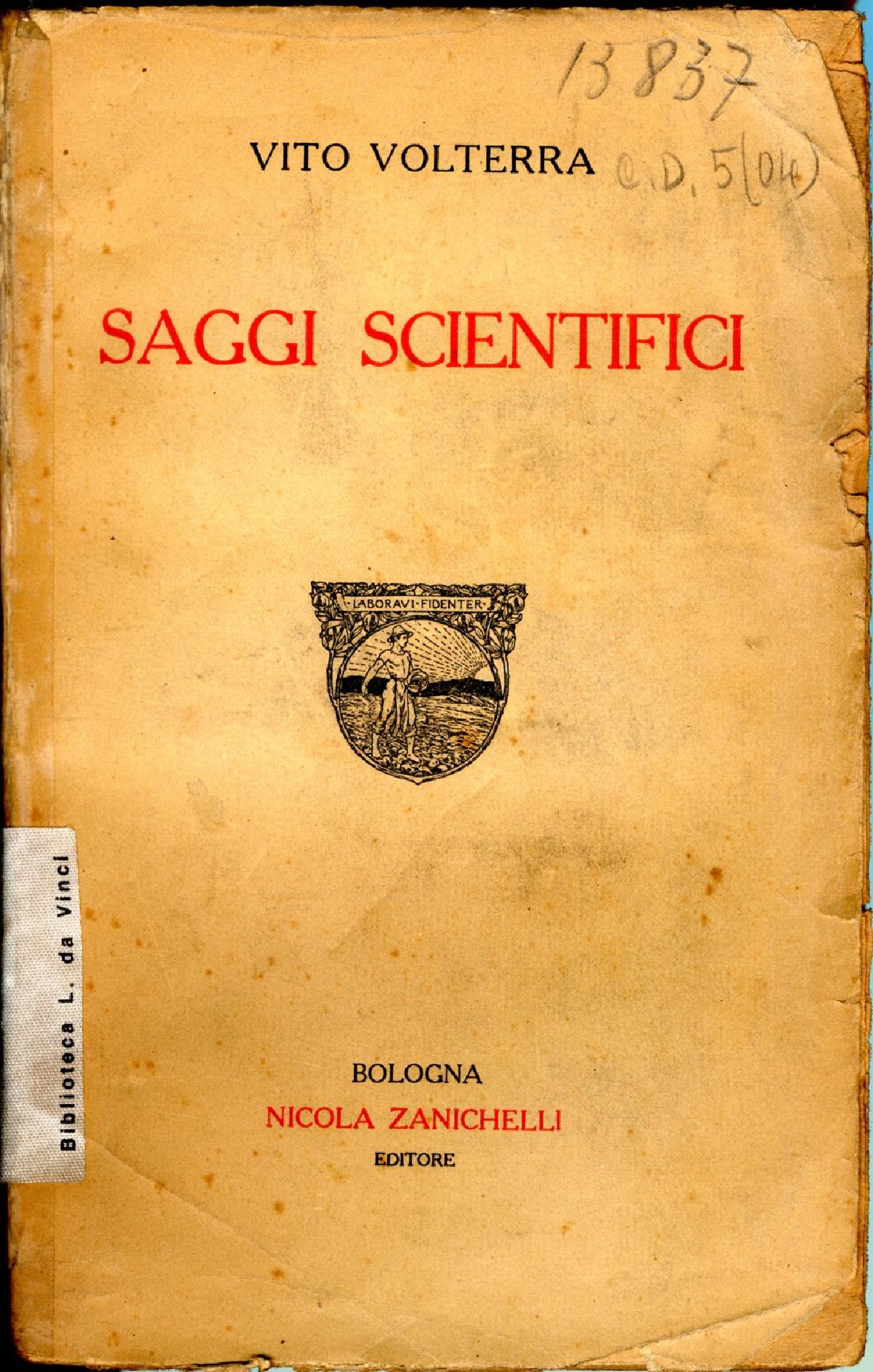 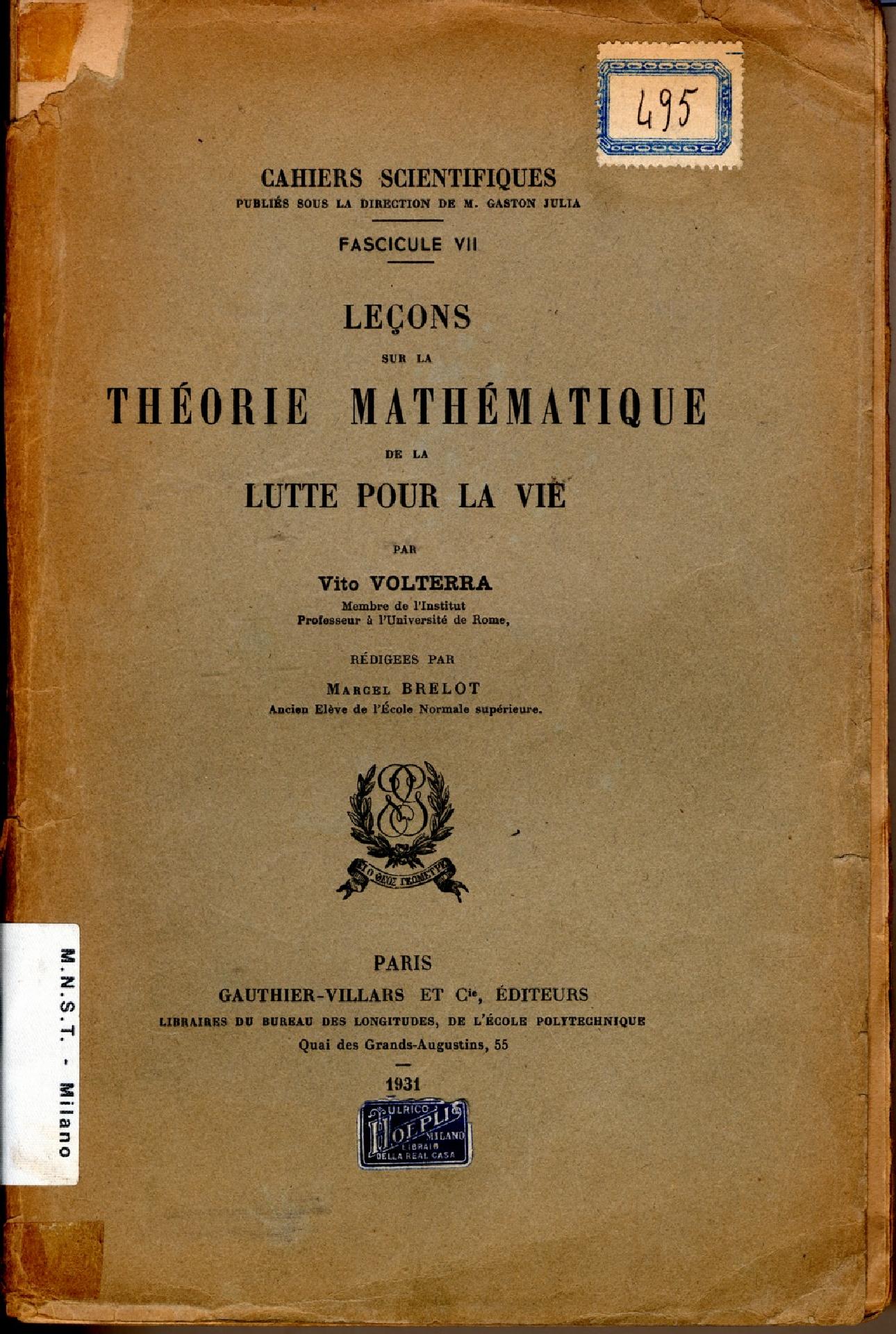 Born in Ancona on 3 May 1860, Vito Volterra spent his youth first in Turin and then in Florence, where he studied at the technical school Dante Alighieri and the technical institute Galileo Galilei. Enrolled at the University of Pisa in 1878, he was admitted the following year to the Scuola Normale Superiore, graduating in 1882 in Physics.

In 1883 he was appointed full professor for the Chair of Rational Mechanics at the University of Pisa and in 1892 he was Dean of the Faculty of Science. Called in Rome in 1902, he held the chair of Mathematical Physics after the death of Eugenio Beltrami. In 1907 he founded the Italian Society for the Progress of Sciences, of which he remained president until 1908. The Company should have reflected, in the model and in the functions, the French and English societies of the late nineteenth century. Volterra directs SIPS towards a national and international research policy, towards collaboration between the scientific community, the political and economic community, the overcoming of the boundaries between disciplinary sectors, the involvement of disciplines such as economics, biology and chemistry.
Its value is also recognized abroad. Since 1888 Volterra has made many trips: in Paris, he is in close relationship with the mathematician Henri Poincaré; in 1901 he visited London and Cambridge, while in 1902 it was the turn of Berlin, Denmark, Sweden and Norway. In 1904 he was elected a member of the Académie des Sciences and he was awarded honorary degrees in many foreign universities. In 1911 he was called to join the National Academy of Sciences in Washington.

Volterra fights for the intervention of Italy in the first world war alongside France and England and founded, together with mathematicians of the caliber of Borel, Painlevé and Picard, the Association for the Intellectual Agreement between the allied countries and friends. When Italy enters the war against Austria in 1915, he enlisted as a volunteer in the aeronautical Engineers.

The institutional career of Volterra continued after the war: in 1919-20 he was elected president of the Società dei XL, of which he was a member since 1894, a post that he had to abandon following the election as vice-president of the Accademia dei Lincei, of which he became president in 1923. Also in that year he established the CNR, of which he became unanimously president in 1924. He was then called as a referent for Europe in the field of physical-mathematical disciplines at the International Education Board, an organ that deals with the management of activities. international educational and scholarships from the Rockefeller Foundation. On the proposal of Volterra, in Italy the Rockefeller bags are destined for the "boys" of Via Panisperna: Enrico Fermi in 1924, Enrico Persico in 1925, Franco Rasetti in 1928 and 1929. In 1923 Vito Volterra is called to head the Accademia dei Lincei. In the years leading the Academy, many famous foreign names are named, including Einstein and Langevin in 1921, Soddy and Bohr in 1923-1924 and Russell in 1926.

However, within the Academy not only collects achievements: it is 1923 the clash with the Minister of Education Gentile, which actively opposes the reform, establishing a commission that ends with an appeal for condemnation of the work of Gentile . The answer is not delayed and with the decree of 30 September 1923 the elective system for all academic positions is abolished, paving the way for a more and more marked control of the universities.
In the aftermath of the Mussolini government, Volterra expresses concern about possible developments in Italian politics. Between 1924 and 1925, following the assassination of Matteotti, Volterra joined the Union of Liberal and Democratic Forces and signed the Manifesto of anti-fascist intellectuals written by Benedetto Croce.

Now an official enemy of the regime, Volterra is subject to constant pressure, especially after the birth of the Italian Academy. Between 1926 and 1928 he was removed from the Accademia dei Lincei, from the CNR, from the vice president of the International Research Council. As a professor he refuses to swear loyalty to the regime and for this he is deprived of the university chair. Finally it is declared declined by all Italian academies.

He died in 1940, shortly after the entry of Italy in the Second World War, commemorated only abroad and at the Pontifical Academy of Sciences, of which he had been appointed a member in 1936.

Giovanni Paoloni, Vito Volterra and the international board of education. A corrispondance, in «The Unacceptables. American Foundations and Refugee Scholars between the Two Wars and after, a cura di Giuliana Gemelli», Brussels, P.I.E. - Peter Lang S.A., 2000, pp. 273-298